As I said previously, my home, mobile, and HT radios are all Yaesu with but one exception, that being a recent purchase of a Tytera MD-390 HT for DMR.

For several years now, I have been gaining interest in VoIP and digital comms in general. A Yaesu HRI-200 WIRES-X node might be pretty cool, but to my understanding, I would have to dedicate a Windows computer and a Yaesu C4FM radio like my FTM-400XDR. That is a bit more investment than I am willing to commit to given I don't even know if I will like it, so I began searching out other VoIP solutions.

After a bit of research, I decided to purchase the ZUMspot RPi kit which includes the ZUMspot-RPi UHF board rev. 0.4, Raspberry Pi Zero Wireless, and a micro SD card programmed with the Pi-Star software image. I also bought a layered case to keep it all safe. 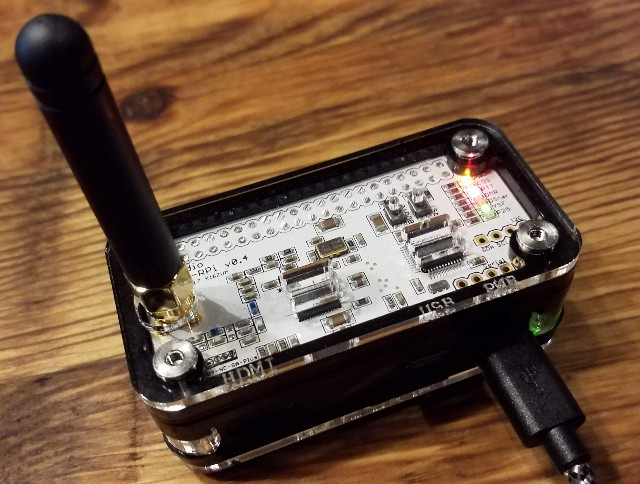 After getting it assembled into the case, and setting up the WiFi and software, my first impression  was, "This thing is awesome!" Talk about easy to set up, this was so quick and simple. And how does it work? Fantastic!

One of the first "rooms" I connected to was the FCS00290, America Link WIRES-X. Immediately I hear clear, crisp, full-quieting digital voice from fellow HAMs in Australia, Japan, England, and Wales. Very cool! The one problem I had, though, was feeling as though I was cheating or something. Having a QSO on the internet just isn't the same as a QSO using only my own equipment, but man, it sure is interesting. Effortless QSOs with people all over the world. Who'd a thought!

And the ZUMspot is smaller than a 1 inch cut-off from a piece of 2x4 stud! Totally awesome!